Use this warm, earthy, and savory roasted mushroom broth for your favorite mushroom soups, stews, risottos, and pilafs!

Product links in this post are affiliate links. It does not cost you anything and helps maintain the free information on this site, as well as answer the questions of “what brand do you use?” I received a copy of Broth & Stock for review purposes in compensation for this post. Please know I never personally recommend any product I wouldn’t use on my own family.

Years ago it was one of the first things I learned how to cook. I was 23 and barely knew my way around the kitchen. That’s how most in my convenience food generation grew up, after all. But a health crisis in my early 20’s catapulted this kitchen novice into figuring out how to cook food that wasn’t from a box, and it changed my life forever.

Everything I was reading about healing using “real food” pointed toward broth. I tend to be one of those “jump in with both feet” kind of people, and within a week I purchased my first stock pot and began teaching myself how to cook. 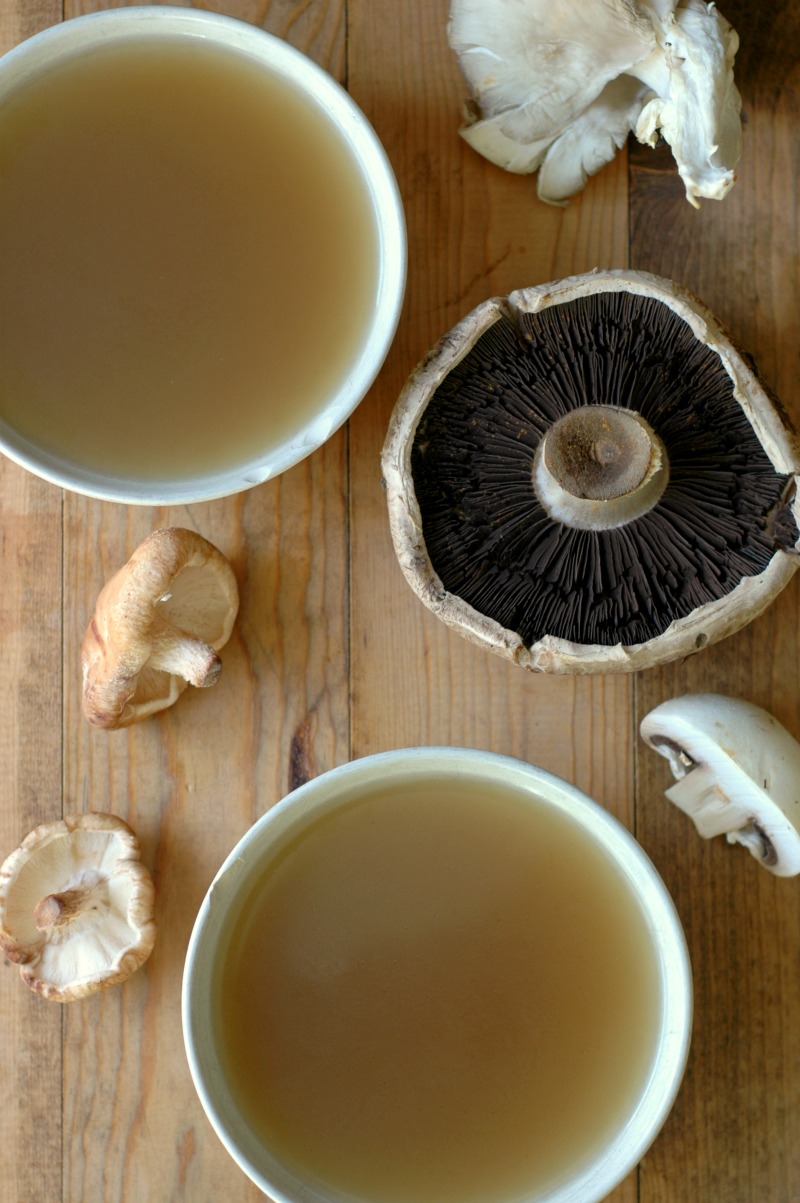 Broth is so much more than food

What I ended up learning during those years of teaching myself how to cook was that cooking was so much more than just making food. Something about it made my heart more full. It didn’t just satisfy my stomach, it satisfied my soul.

Deep? Maybe. But I allowed the art of cooking engross me, and I fell in love with making myself food that had love and thought put into it. At the age of 23, I was learning where my food actually came from and that connection to the food we eat is so powerful. 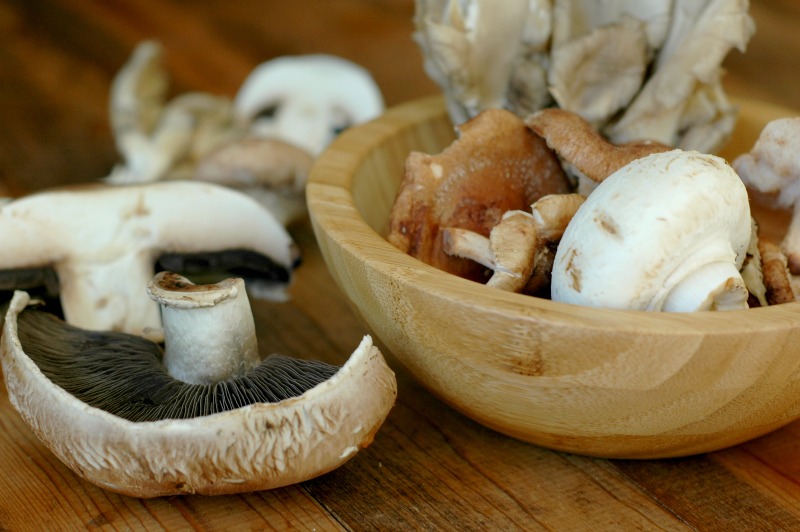 I share my story because simple broth making was what made me fall in love with cooking. It opened my eyes to the importance of feeding myself well, and knowing where my food came from – something that I literally did not know, or give any thought to until I was 23.

And that is why I’m not sure that I have been more excited to share a cookbook with you than Broth & Stock by Jenny McGruther from the Nourished Kitchen! I know what learning how to make beautiful stocks and broths did for me, and it is literally the driving force behind the passion and purpose of this blog. 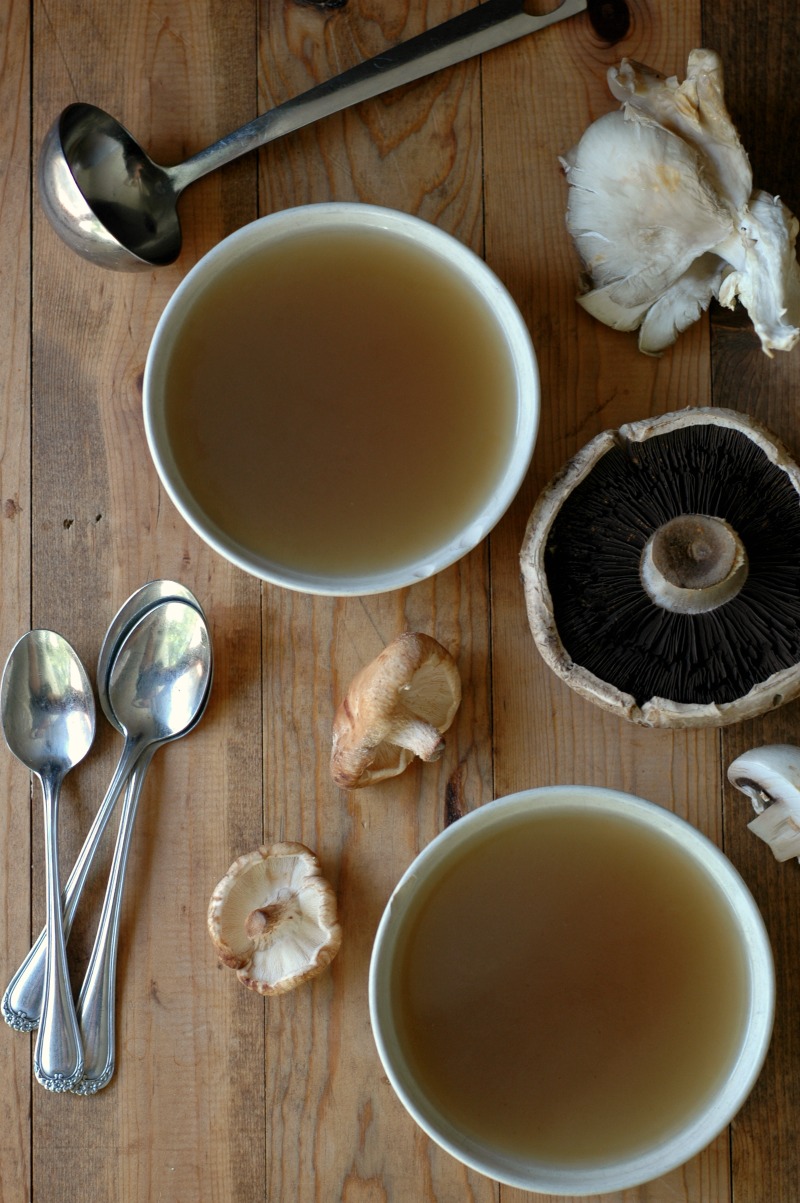 Yessss! Because broth is so much more than you think! In only the way Jenny does best, you will learn the differences between various broths and stocks, and how to use them best to make their flavors shine. From a variety of land and sea animal stocks and broths, to different vegetable broths, Broth & Stock has opened my horizons from using the same broth for every recipe I make.

Broth & Stock is also so much more than learning how to make beautiful, healing broth – the recipes in the second half of the book using those healing broths have been such a joy to bring to my kitchen. Being the novice, untrained cook that I am, I have learned so much from Jenny over the years how to bring out depths of flavor in meals using various herbs, spices, broths, wines, and seasonings. Or just leaving simplicity alone, and savoring the true flavor of something by not complicating it. The recipe for pho in the book is the best I have ever made, and the family favorite so far has been the Cream of Chicken Soup with Parsley & Chives. Everyone around the table had 2nd and 3rd bowl-fulls!

I’ve been adding certain healing mushrooms to my bone broth making for extra medicinal benefits for the last few years, but I had never thought to make a broth with mushrooms alone – and boy have I been missing out! The earthy, savory flavor from the roasted mushroom infused broth is like nothing I have ever tasted before.

Here is an excerpt from Broth & Stock about the Roasted Mushroom Broth:

Roasting strengthens the flavor of mushrooms, amplifying the savory and almost meaty base notes that can give soups a unique foundational richness. Those savory flavors serve as a good match for meat and whole grains. Use this broth as a base for mushroom soups and stews or in risottos and pilafs. Using a wide variety of mushrooms will improve this broth’s flavor and complexity. I often use the stems and trimmings of wild mushrooms left over from foraging, as they give the broth a remarkable depth of flavor; however, using the button or cremini mushrooms easily available year-round in most grocery stores also yields a lovely broth, as roasting improves their flavor. You don’t need to take the peel off the onion, as it produces a lovely color, just split the onion in half and drop it in the pot. –“Broth and Stock” 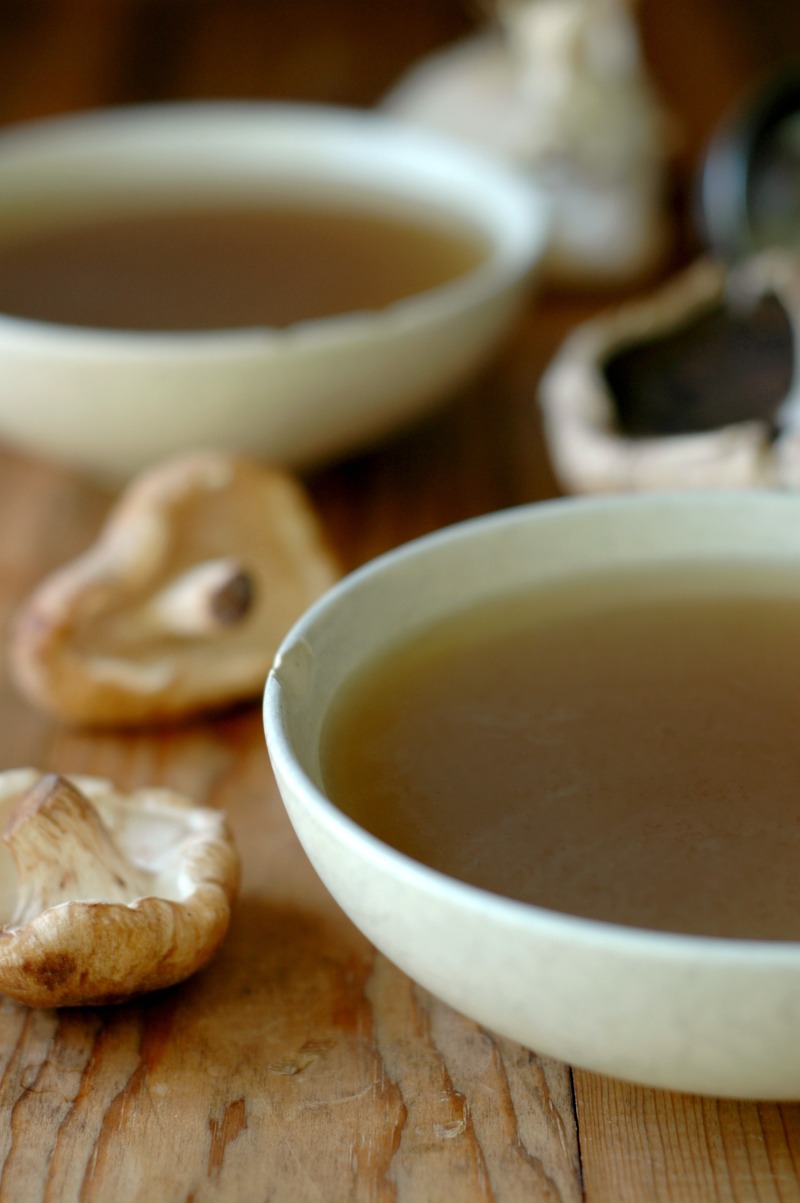 Reprinted with permission from Broth & Stock from the Nourished Kitchen, written and photographed by Jennifer McGruther, 2016. Published by Ten Speed Press, an imprint of Penguin Random House LLC. 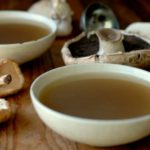 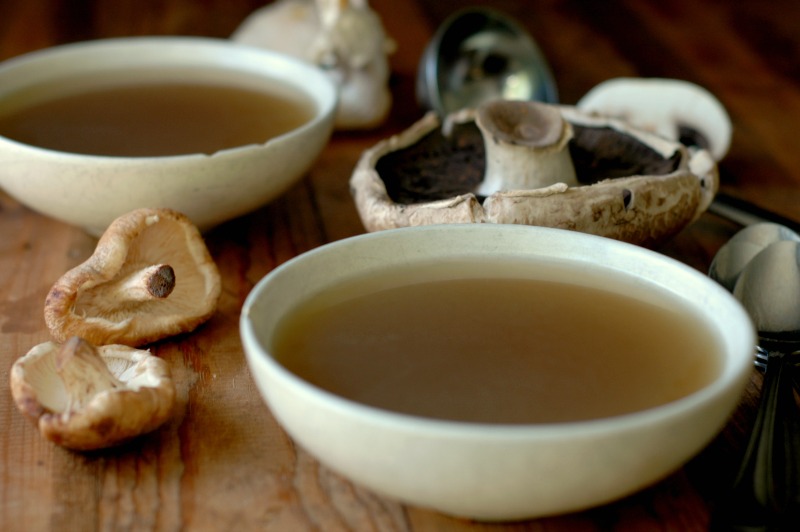 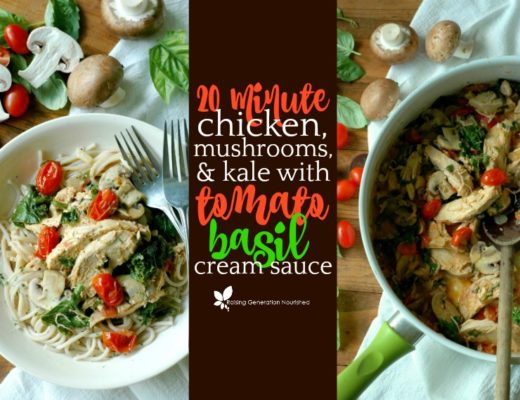 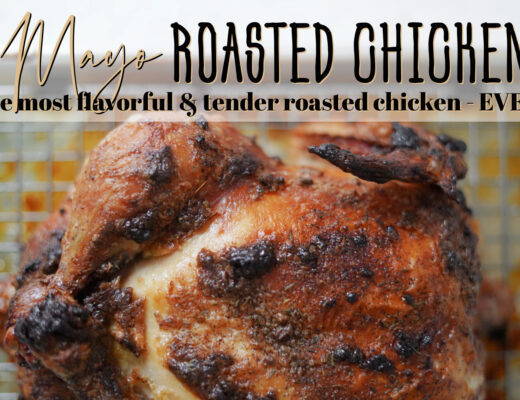 Mayo Roasted Chicken :: The most flavorful & tender roasted chicken – EVER! 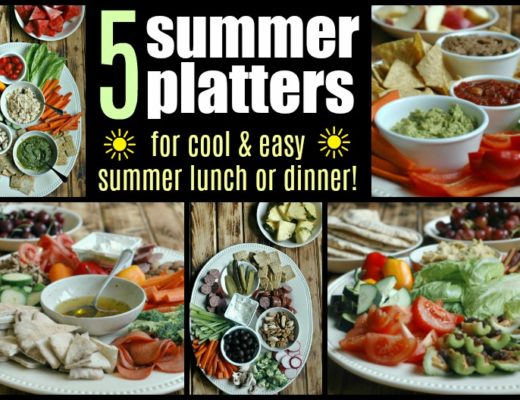 5 Summer Platters For Cool and Easy Lunch or Dinner!

This site uses Akismet to reduce spam. Learn how your comment data is processed. 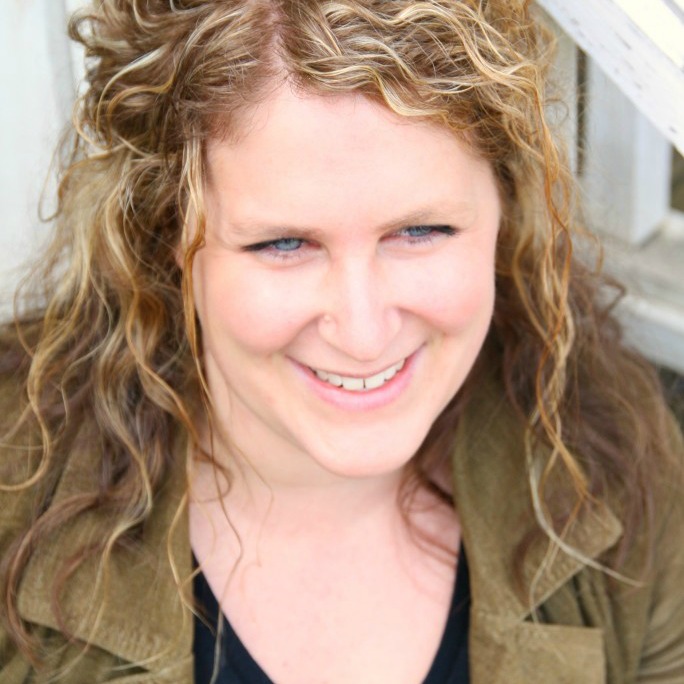 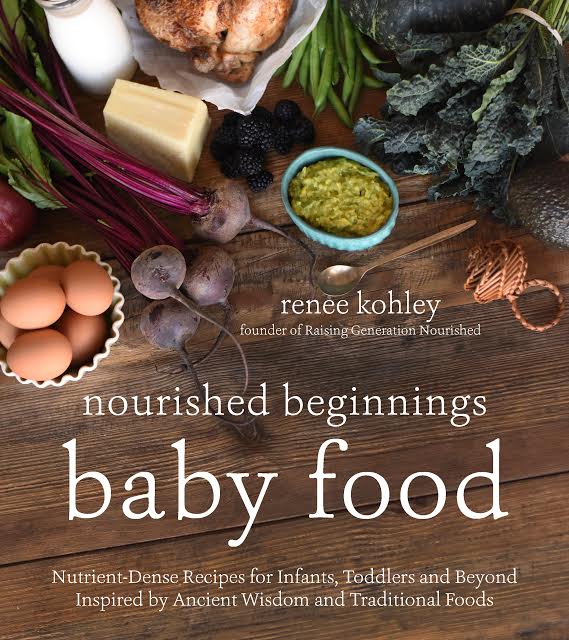